Already a legend in his state, Birmingham J (Jamal Thomas) has already earned his place as southern rap royalty. Coming from a family full of vocalists, he wrote his first rhymes at the early age of 10. A young Birmingham J saw music as an outlet to vent and tell his story during a rough childhood. A few artists that influenced him to pursue music as a career include Rakim & Eric B, N.W.A, Geto Boys, and Tupac.

Fast forward years later and Birmingham J is featured in Ozone, The Source, Murder Dog, and XXL magazines. In 2005 his smash single “Move Back” was a regional hit and garnered the attention of Columbia and Jive records. His two albums ”Da Neighborhood Superstar” and ”Still a Star” enjoyed phenomenal independent sales, while he charted six times on Billboard top 100. His collaborations read like a list of ‘Who’s Who’ in southern hip-hop: Lil Jon, Young Bloodz, Bun B, T-Pain, and Rich Boy to name a few. He’s probably your favorite southern rapper’s favorite rapper. So why hasn’t success come as easily for him as it has for some other southern artists?

Some people think that the name ‘Birmingham J’ limited his ability to break nationally and condemned him to have only local success. His replay to those people is a quick ”You’ve heard of Memphis Bleek right?” Birmingham J makes it known that his name is who he is and that he won’t change it – although many A&R reps have asked him to do so. ”I’ll never change it.,”he says. ”I want people to know about Birmingham. They know enough about Atlanta, Memphis, and Houston. I want them to know this is where I’m from and that Birmingham is more than the civil rights struggle and segregation. No one loves this city more or reps it better than I do. I am Birmingham.” So if it’s not the name, what is it? Birmingham J knows that national success will happen when it’s supposed to and until then he doesn’t want any handouts. He readily admits that maybe the timing has been off in his career. Runarounds from labels, miscommunication, changing management teams and other disappointments have all played a part in delaying his introduction to the rest of the world. Ever the realist, he says that ”Things happen on God’s time, not yours. Regardless of what you do.”

That knowledge has kept him motivated as he’s watched other artists break nationally. In some ways, he feels the years he’s put in without the support of a major label has matured him as an artist and businessman and that maturity is a form of success in its own right. Learning how to build radio spins and sales, has given him insight in the industry that many other artists don’t have. It has also prepared him now that things are taking off. 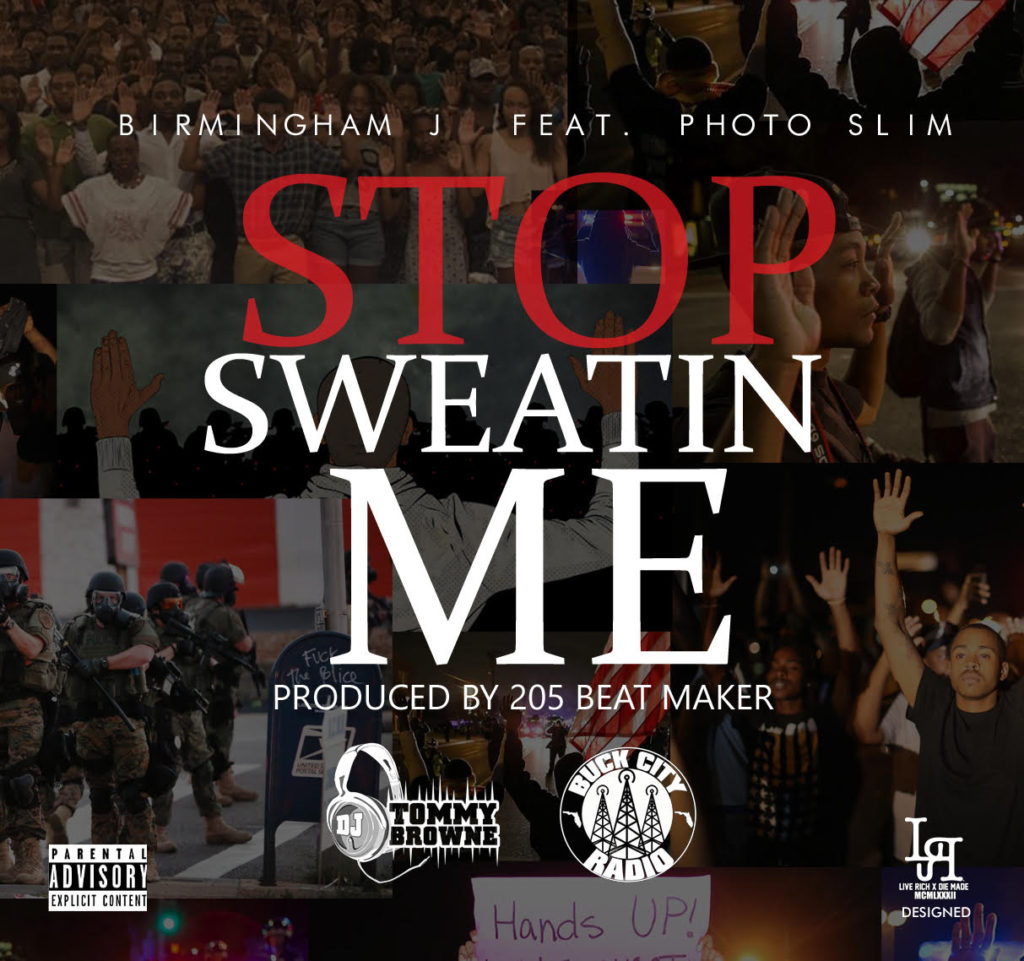 Birmingham J has teamed up with DJ TOMMY BROWNE, the President of Buck City Radio and the Executive Director of the Southeast reigion for the Heat 100, As an Executive Producer / ANR /Manager and Dj , With his new team Birmingham J will be in a position to garner the national attention that his industry peers and fans have always known that he deserves.

Available on Soundcloud, Find it on iTunes, Stream from Spotify and Tidal today!!!