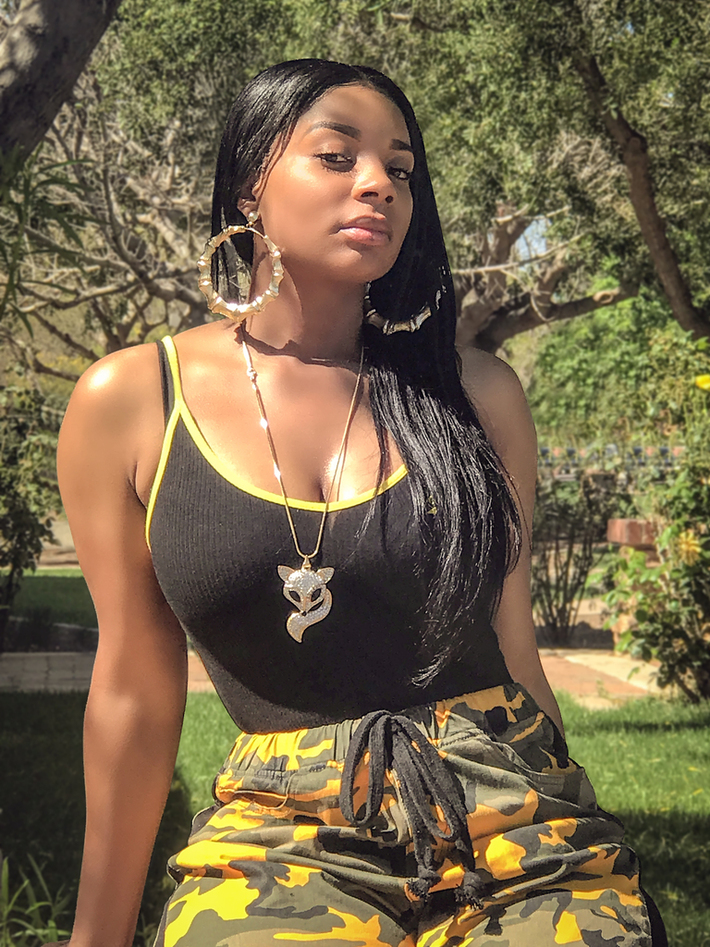 Chicago, IL - Sha'rozae is an up and coming young talent following in the steps of artists like Jennifer Hudson and a long list of songbirds hailing from the great city of Chicago, Illinois.   Chicago is known for its very rich musical heritage from Gospel to Blues to Jazz and R&B.  At a young age, Sha’rozaedeveloped an affinity for music which catapulted her into the local house music scene. Sha’rozae began her career making house music beats and graduated to writing and singing R&B. Like most of her music, she has produced her latest track “New New” which will be released this spring via her label BlafamilleEntertainment. The artist recalls, “I was literally in my room playing some new sounds that I just downloaded. That’s when I heard the lead sound and the energy and presence was fire! From there everything just flowed. The intro was done in one take. I was actually joking and pretending I was in a club and my ex walked up. It all went from there.”

“I am not stuck in a box. I create music that Beyoncé can sing, Taylor Swift can sing, and even Tamela Mann can sing” Sha’rozae says. She adds, “My goal for the next few months is to push my new single,“New New” and go on a radio/performance tour as well as attend and/or perform at major events such as Coachella, BET Awards and the Grammy Awards. My ultimate goal is to make a positive difference in the lives of my listeners… giving them an experience that brings them to a fulfilled place at that moment.” In the meanwhile, Sha’rozae will have quite a busy spring performing and making the rounds at events. Most notably she is scheduled to be at the charity event Super Prom on April 26, at Art Battle on May 5th and she will be singing next year in Miami as part of Super Bowl weekend.  Sha’rozae’s personal motto is “no limits”. After the release of “New New” she plans to follow the single up with an LP and a tour in the very near future sharing her dynamic music with a growing legion of fans.

For more information about Sha’rozae and how to grab her single “New New” please visit her social media links below.