"Rays of Sunshine" Sets Off Single Parade for The Bearded Ladies 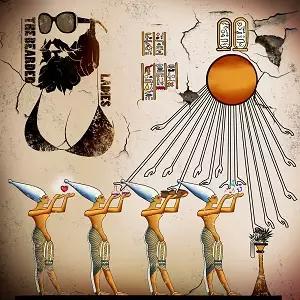 Three More Singles On The Way

West Monroe, Louisiana - August 16, 2018 - Fusing together the best rock, folk, jazz and even the blues The Bearded Ladies are a band with a lot on their plate and they are ready to share the feast with the world in the form of not one, not two but four singles. The first being "Rays of Sunshine."

"Rays of Sunshine" will lead the pack of four as its release in the coming weeks will make is available on Spotify, iTunes, and other digital download platforms. After that three more singles will round out The Bearded Ladies' 2018. Once described as "Gypsy-Folk-Rock," their sound offers more than one style. They believe, "Why eat one flavor of ice-cream when you can taste them all!" and many agree. They've been featured on Fox 14 News, in Delta Style Magazine, The News Star, and Bayou Life Magazine.

Comprised of a few classically trained musicians and a charming young lad, The Bearded Ladies are a well-rounded group of creative gentlemen. 22-year-old Anthony Nowell started playing guitar at the tender age of eight and then went on to study it on a grander scale. He plays the bass guitar and the piano for the band. When it comes to guitar, the same goes for Austin George. 22 as well, he began his musical journey a couple years later than his bandmate but they are both classical/jazz guitar maestros. Also Classically trained, Chad Head is their older brother of sorts (by a few years) who handles the violin, which he picked up in elementary school. Rounding their sound out is Garrett Garnett who does everything from singing to writing to wonderful guitar playing.