"Snapshot" by Irish Indie rock singer/songwriter, Fergal Nash, is an uptempo, catchy, energetic guitar-driven tune with a soaring chorus and a positive mood to celebrate great moments in life.

Fergal Nash is a singer/songwriter and studio engineer based in Limerick, Ireland.

Known as “Limerick’s best songwriting secret” (Hot Press Magazine), Fergal has made a name for himself for his rustic blend of indie-rock and acoustic ballads. In his music, he is inspired by the likes of indie-rock leg-ends such as Nirvana, Ryan Adams, and Oasis, to mention but a few. Quite the seasoned live performer, Fergal has appeared on stage at many major venues, including Dolans, Limerick, and Kenny’s Lahinch.

He is also a regular street performer in the towns of the mid-west of Ireland and beyond. While playing on the streets, he is delighted to meet fans for a chat, and he loves to personally sell his CDs and merch, interacting directly with his audience.

Fergal has been heavily featured on Irish local and national radio stations, including 2FM, Live95FM, and West Limerick 102, among countless others.

Recently, Fergal released the single Walking Tall, and it already has over 9,000 YouTube views, which are growing every day. The artist is always busy working on brand new music, and popular tracks like Around The Town and Golden Sky have well over 10,000 Spotify streams, and Fergal shows no signs of slowing down.

Snapshot, his latest offering is sure to have the masses bopping around and singing along to its explosive chorus.

The following is an interview that was conducted with Fergal Nash in the lead-up to the release of "Snapshot."

When and why did you start making music?

I started making music seriously around 2001. That’s when I really got to work on writing and recording my own songs. It was something I always wanted to do, as I have a great passion for expressing myself through such a magical artform. 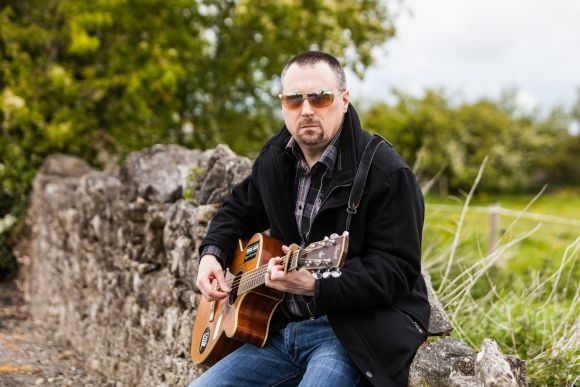 Who has influenced you the most?

Why have they influenced you the most?

Because I love the combination of up-tempo rock energy and melody.

What are you aiming for with your music?

To work full time as a professional musician and music production engineer.

I started playing guitar aged 10 around 1986. I got lessons from a local man, and went on to join a cover band called Nemesis in secondary school in Limerick Ireland. We played Nirvana, AC/DC and Guns N’Roses covers. I started writing my own songs in my mid-twenties.

Where did you grow up? How has it influenced the music you make?

I grew up in a rural parish called Kilcornan in Co. Limerick Ireland. My biggest musical influences would have been listening to early 90’s grunge and rock bands, (Nirvana, Soundgarden, Pearl Jam, Guns N’Roses and AC/DC) and learning to play their songs with my school friends.

Would you describe yourself as “trying to make it” in the music industry?

Yes, I am working very hard to become a full time professional musician. I am constantly writing, recording and playing live my own songs. I am releasing new music regularly. I also do remote music production from my home studio, and am currently studying for a BA in Songwriting in the University of Limerick.

If you’re “trying to make it,” what do you define as “making it”? What’s the perfect life you can envision reaching through “making it” with your music?

Making a good living as a professional musician, both recording and live, along with production and tuition.

What’s your favorite album of all time?

What was your favorite album in 2021?

How often and for how long do you practice?

Every day for at least an hour.

What do you see as the main obstacle standing in your way from getting where you want to go?

Difficulty generating income from my music due to CD sales plummeting because of streaming, and limited live music opportunities for original material.