1.5 Trip ( Cortez Robinson jr ) also know as Smiley by family is the talk of the town on the mean streets of Decatur.  Candler rd to be exact.  Trip had a rough time growing up in the hood.  Trip began living the trap life at an early age.  After witnessing many of his friends and family fall victim to the streets Trip decided to give rap music a try after being approached about music by his uncle Yohon.  Since everyone around him said he had the juice like lil baby. Trip joined forces with his uncle and rap super star / Born Leader Ent Ceo, Yohon Trotter.  Yohon has put Trip under his wing, teaching him the music game and managing him as well.  Trip has a few appearances on Yohon’s music but he is pushing his smash hit single called ( Just Don’t Know ) produced by hit producer Stoopid Beatz out on all platforms.  Trip also has a mixtape on the way and also a EP featuring his B4L gang that is said to have some bangers on it as well.  Keep your eyes and ears to the street and don’t lose focus on 1.5 Trip 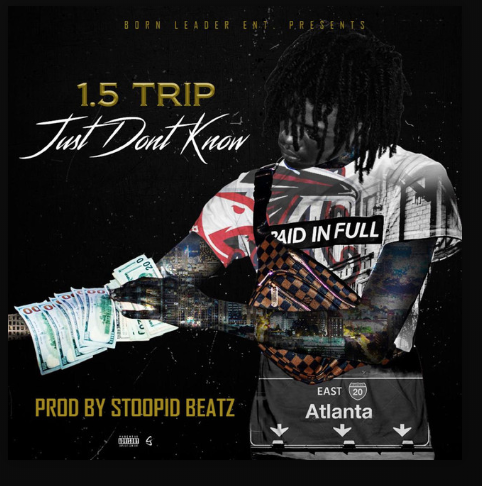