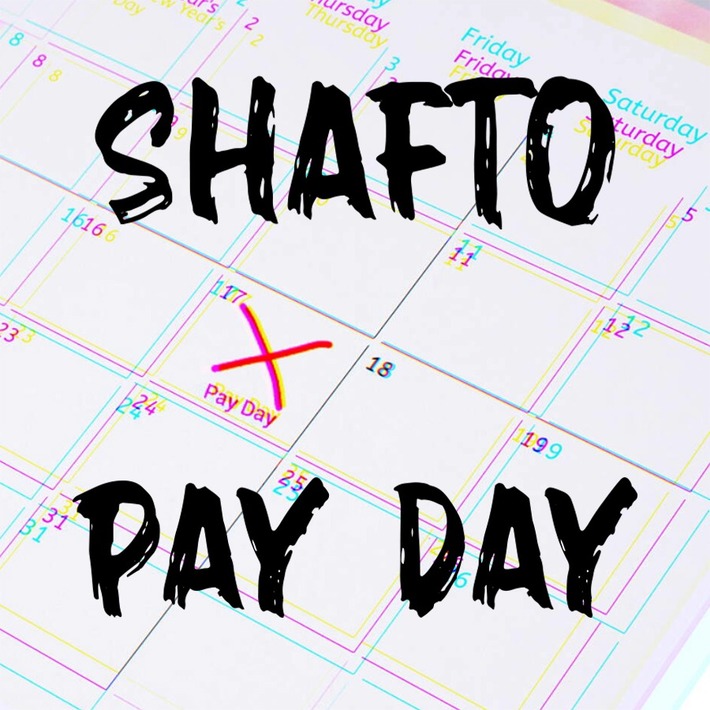 Clare-based rapper Shafto is set to release a new single, “Pay Day,” on October 6th. The single is his first since pursuing a solo career, and is the first single from his upcoming album, Routine.

“Pay Day” is a tongue-in-cheek look at everyone's favourite day of the week. The song features Shafto’s clever lines and entertaining storytelling over an old-school hip hop beat. Shafto says, “In a world so obsessed with material things and wealth, Pay Day is the one day of the week that regular people can feel like a king. It's the day that we can think big and feel invincible, and most people take it a bit too far. The song is about feeling for one day the power that wealthy people feel every day, and how most people get carried away, such as the line “I don't have a watch so I buy three.” But it's all discussed in a funny, entertaining way.”

The beat is by English producer Tony Bones the Producer of Jungle Brown. The track is mixed & mastered by Ray Mooney of Session Parlour Studios in Clare. Shafto started out as a producer, making beats in his teens and forming a hip-hop duo, JamNation, in the early noughties in county Clare, when no one was really listening to hip-hop. He started writing verses as well, and in 2009 formed his second duo, Shafto and Golden. The duo gigged extensively around Limerick, Galway, Clare, and Tipperary, and their releases had national radio succes. Shafto decided to go solo in 2018, and has since been working on his upcoming album, Routine with local producers from Ireland and England.