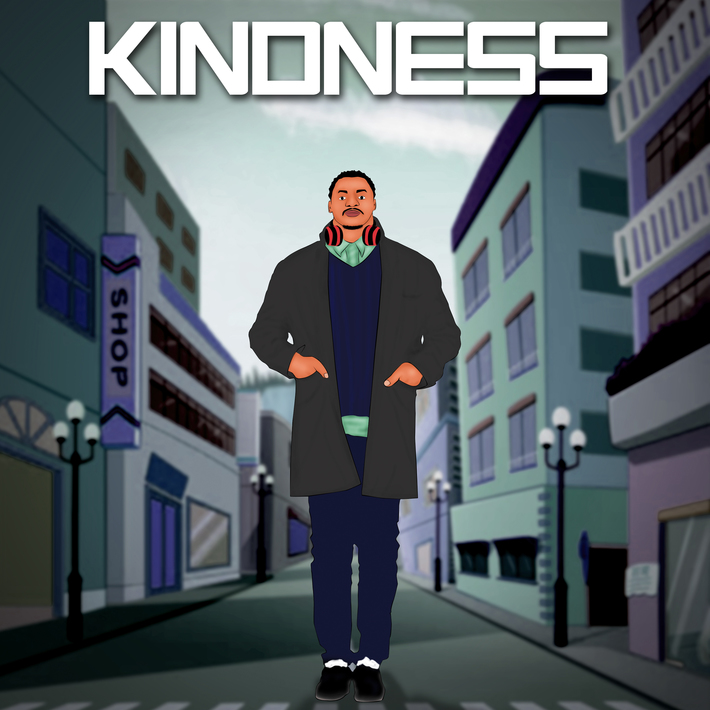 The song "Leave" by August Russell A.K.A Kindness. Kindness is August's artist's name. Kindness started performing and singing at a young age that allowed him to develop his skills as a dynamic performer. Kindness is a singer, songwriter, actor, screenwriter and developing his skills to produce plays for the theater houses.

Kindness's new song "leave" is a Christian/Gospel Hip-Hop track. This song can actually be performed in the churches as well as in the clubs. The song mixture is very unique. "Leave" has a poetic delivery, there is a verse in the song that says "give me something to believe in, I am thinking Jesus, I am leaving", Kindness's lyrical content expresses his true belief in his Christian faith. The song has conviction, great meaning, and composition. Leave has the potential to bring people who do not understand the power of Jesus some understanding, meaning, and love.

The song has a poetic feel. Listen to the song and let us know your thoughts. Get more details on the artist by visiting his website or social media.

August G. Russell is a St. Louis Native having been homeschooled and first enrolled in his local performing arts center at the age of five. He expressed a love for the performing arts from a young age, showing a natural talent and ability to be accelerated to higher levels of studies above those of his age group. During this time after having been evaluated, it was noted by a foreign vocal teacher that August had a "gift from God". At age seven, August made his first theater appearance in the Wizard of Oz as a Munchkin at America's largest outdoor theater in the Midwest. He continued to appear for many years in shows such as Peter Pan, Cinderella, Annie, The Sound of Music, The Wizard of Oz again, Oliver!, Joseph, Miss Saigon, and Godspell.

Performing was the highlight of his childhood each summer having been homeschooled. During his teenage years, August could be found in several performing arts troupes around St. Louis that catered to the Musical Theater community, but additionally performing in and also working with several different theater companies and stage-shows in the St. Louis region.

August starting having a conviction of Christianity, he felt the need to take a break from the theater scene and focus on finishing his high school education and seek God. August began attending a very Charismatic church in the city that allowed him to increase his enthusiasm and zeal. August then began to show leadership skills among his peers. He has had several different studies ranging from biblical studies at local homeschool institutions to just bible studies that he has found highly intriguing.

August is a passionate disciple of Jesus Christ. Thereafter, August became a student at St. Louis Community College where he studied basic education in a pursuit to receive his Associate's degree in music. August was accepted to a prestigious performing arts conservatory located in New York and Los Angeles for the study of musical theater in 2016. August traveled to Jerusalem and expresses "seeing the Holy land has inspired me and convicted me in my faith in a reality that I can't put into words but only in actions". August comes from a passionate family with two older sisters, a hard-working and loving mother, and a father. August's goals are to spread love and show the world that he loves God and people and the performing arts.

August been producing music independently and making a name for himself in the St. Louis music scene. August plans to put out mixtapes, and work on additional projects such as writing and producing original stage plays that for the Christians. He also wants to work on ministry or business.

Overall, August desires to spread the good news, follow the footsteps of his family who he idolizes by inspirational others as great words were spoken over his life.