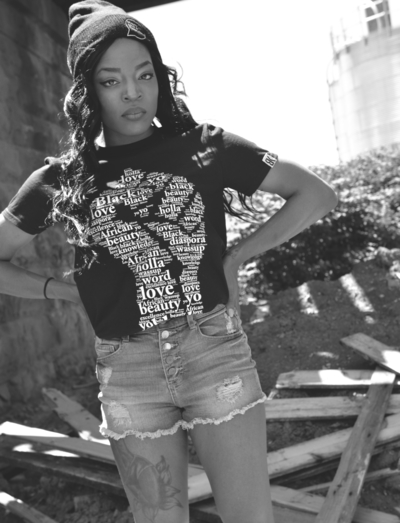 This weeks' artist spotlight is on Destanie Barz, a Chicago native who's representing for female hip-hop artists from the Chicago area.  She recently released  her single First Million.With the release of her new video, and the release of her next mixtape, not to mention being a full-time college student and mother, Destanie Barz is definitely one of the hardest working, and successful, twenty-somethings coming out of Chicago

How long have you been doing what you’re doing and how did you get started in the first place?

I have been writing and performing for 10 years. I began with writing poetry and performing in talent shows in high school, competing in “Louder Than A Bomb” slam poetry competitions. With an event permeated with so much talent, the cyphers were phenomenal and with my older brother and brother in law encouraging rap in me.. A star was born.

Musically, what are your biggest influences and who are your favorite musicians?

Who do you collaborate with?

I have not collaborated with many musicians. The reasoning behind that is that oftentimes, people do not take their music as seriously as you do.. and you never want to put the fate of your music in the hands of an artist who doesn’t care enough for their own to do right by it. 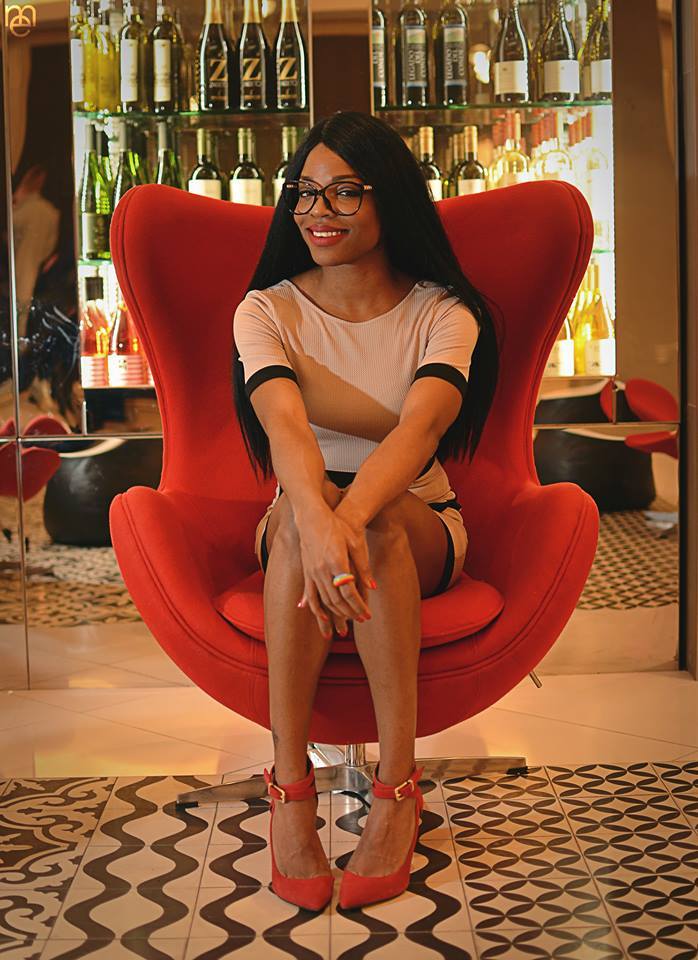 How would you describe your own style?

Style happens! To the people around you, and to those affected by your presence. I say that to say I have a very feminine and inviting look but my sound and persona is slightly masculine and tells you I am not to be f******* with. I keep it simple, I rock with who rocks with me, and I care not, fear not, show no remorse.

If you could choose to work with some of today’s established artists or producers, to move your game to the top, with whom would you like to collaborate?

If I could choose my first four collaborations, it would be Beyoncé, Montana of 300, Nicki Minaj and Jhene Aiko. These three artists are beyond words to me and their fan bases are loyal and free. These artist are established, well spoken, nicely branded and MOST OF ALL have their branding set in stone!

What aspect of the music making process excites you most, and what aspect discourages you the most?

I am most inspired by the fans that I have. They blow me up more than ever and I appreciate the love I get. Their reactions, their compliments and their loyalty is unconditional. I wouldn’t trade them for anything. The most discouraging thing aspect is the TIME and patience it takes to make things happen for yourself. Many of my mistakes were made rushing to make things happen before they were proper.. Never again.

How involved are you in the recording, producing, mastering, marketing, and other processes needed to make and sell your music, and do you outsource any part of these processes?

HAAAA, I’m a rapper. I am definitely ok with doing these things myself, which I have had to do since the beginning but NOW that I have people for those types of things, I don’t mind outsourcing. I sell my own music right now, record it, write my own work and I know when to ask for help. Everyone cannot do everything… except Tinashe!! Lol

In your experience thus far, what is the best piece of advice in this business you actually followed? And one you didn’t follow, but now know for sure that you should have?

The best advice I have had is stay in your own lane. Make yourself stand out and do it so people don’t know what you did but are interested in where it got you. This helps me to be unique and to let my avenues run their course… Nothing like it

The advice that I didn’t follow was telling me that everything happens for a reason; so don’t try to force things. Sometimes Id put on a show without the proper promotion… Travel without the proper means… Now I just make it happen because I took the time to learn the business and wait my turn

Being an independent artist, which is the one factor, above all else, that you currently desire most (increased music distribution, better quality production, more media exposure, more club and live performances etc…)?

I strive to perform. Life is a performance.. Am I killing it? Though I would love to perform in front of a crowd of thousands one day, they would get the very same energy if it were two people and their pet dog that came to see me. A gig is a gig!

What in your opinion is the biggest barrier an artist like yourself, has to face and overcome, to gain any commercial success?

The competition is tough. The dream is so common. There are so many people who leave a bad taste in people’s mouths about this craft that they are reluctant to even give you a chance. I always prevail. Once someone hears me… They’re hooked!

What would be your dream venue in which to perform?

I dream of performing at Super bowl, duh… WHO DOESN’T?!

Or I would settle for a Super bowl commercial!

Which latest songs, videos or mixtapes releases are currently available to your fans and where can they be heard or downloaded?

You can hear my first three singles on my Sound Cloud, youtube or my reverbnation page. Soon they will be available on my website only! Everything is @dezzie516. My first official single, “First Million” is available on iTunes, Spotify, Google Play, Amazon, Tidal, and a host of other streaming sites across multiple countries.

In closing, tell us something about any projects and ideas you have in store or are already working on?

I have a few more videos to release this year and then I am going to bring 2017 in with a bang. I promise my following dope videos, great music, psychotic concepts, and most of all, Destanie Barz.