Hype Bando Gets To the Money on “In My Bag” 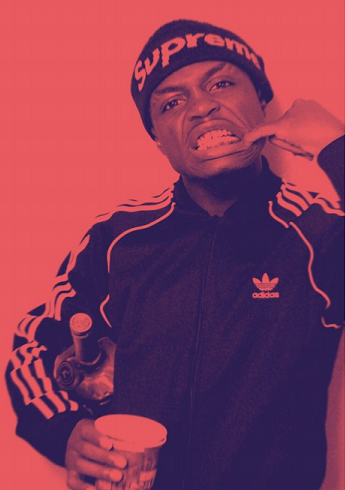 There’s a new sound bubbling up from the underground, with Hype Bando providing the
recipe for success. His new single, “In My Bag’” sets the tone for one epic year for the New
York native, as he continues to let the music speak for itself. Swerving in his own lane, Hype
Bando’s sound packs a punch, equal in originality, energy and ability to stay true to self. “In
My Bag’” is no different, providing quality sounds as Hype Bando keeps the energy and stacks
piled high, letting everybody know he’s been a boss. Hard-hitting production strengthens the
sauce as he rhymes with precision reserved for only the finest MCs. When you mix these
ingredients with charisma, confidence and G, you get not only a dope creation but Hype
Bando’s next hit: “In My Bag.”

In an industry where most rappers play follow the leader, offering nothing new or original to the
game, Hype Bando comes through like a breath of fresh air. No gimmicks. No clout chasing.
No mumble. Just good music that makes you want to go get a bag. Check in with “In My Bag”
above and stay tuned for Hype Bando’s debut mixtape ‘4 The Family’ later this year for more
dope sounds from Hip Hop’s up next!

Prince Chea, born January 5, 1998, known professionally as Hype Bando, is an American
Recording Artist, from Staten Island, New York. Born with a melodic heartbeat; Hype Bando
was a fan of music since his adolescent years. Unbeknownst to him, making music would one
day become his livelihood.

Having grown up during an era of Hip Hop, when wordplay and lyricism were still prevalent,
Hype Bando was heavily influenced by Kodak Black, Meek Mill, A Boogie and Lil Baby. In
later years, he would learn that his influences had a heavy impact on him musically, as he
became a lyrical, yet---versatile rapper, easily switching up his flows.
His unique delivery, one of a kind flow and unmatched style is what separates him from the
bunch. Being from The Big Apple helped Hype Bando develop a strong work ethic, and a
relentless drive.

In 2016 and 2018 unfortunately, Hype had to do a bid in prison. The silver lining in that cloud,
was a new hobby that was birthed. Behind bars, he began to write in a journal. At the time, he
was deeply inspired by the music on the radio, thus it caused him to begin to scribe music.
This new pastime ultimately led him to develop a passion for creating records.
After his release, he went straight to the recording studio. He dropped a few singles and began
to work on his development as an artist. He is currently working on new music, while
simultaneously sharpening his skill as a performer. He will be dropping his first mixtape, ‘4 The
Family’ in 2019. At the time, he remains unsigned, however, the future for this talented, rising
star is luminous.