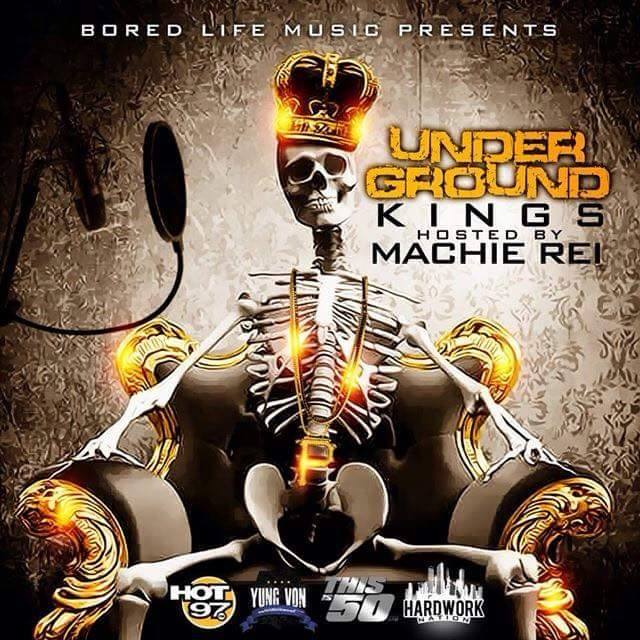 "Underground Kings" is the latest full-length albums in a growing series of albums from "F**k Meek Mill" including "Tha Carter 6", "Hotline Bling", Machie Rei continues to gain recognition on his quest to take the music industry by storm all of which were published on the Yung Von Ent label.

"At some point we all have the question of who we are and what we were meant to be, and there are so many messages that tell us we are less-than, or completely different from the people we were created to be. The theme of this project is about uncovering that we are Underground Kings of the music industry and unleashing the royalty that's in each of us - before we were even born!" Says Machie Rei in his latest interview with ThisIs50.com.