Latori Gentrez Williams was born and raised in Phenix City, Alabama. Phenix City is an All-American city with a rich history and has small dedication to a progressive future located one hour southwest of Atlanta.

Growing up in Phenix City sports was my life. Playing sports kept me out the streets and kept me focus on finishing school. Sports also allowed me to hide my pain of my dad and both of my brothers that in which are doing Federal Prison time. In my early teens I lost an uncle that I looked to as a father, “Uncle Scoop”. Uncle Scoop led me to being the man and father that I am today to my four children.

One of my best accomplishments was winning numerous awards and championships while attending high school. Other prestige’s award that I was won was “Rookie of Year, Best in Phenix City, Best Upcoming Artist, Best New Artist, Best Phenix City Contribution, Best Video of the Year, Best Single of the Year and Best Collaboration of the Year”.

Music has always been my escape for me. It allowed me write about my pain and issues that I deal with in life. Growing up I listened to a lot of artist. But the ones that inspired me the most was groups such as No-Limits, and Cash Money and artists such as Bun B, the late Pimp C and Tupac, Pastor Troy, Mr. ServeOn, Webbie and Boosie BadAzz.

Over the course of my career I have several different mix tapes that are surfing the web. Boosie’s first cousin HatchBoy and I have our first collaboration album together that we dropped early 2015 “The Wait is Almost Over” and we are finishing up our second album “Real Nigga Revival” that is scheduled  for release late 2015.  So far in my career I have released several hit singles with other artists such as Donkey BadAzz (TrackLifeEnt & BadAzzEnt), Pastor Troy, Mr. ServeOn (No Limits), Quick BadAzz (BadAzzEnt), Tmaine (TrackLifeEnt), Big Head, Kevin Gates, Foxx A Milliyone  (Trill Ent) and along with a host of other artist. 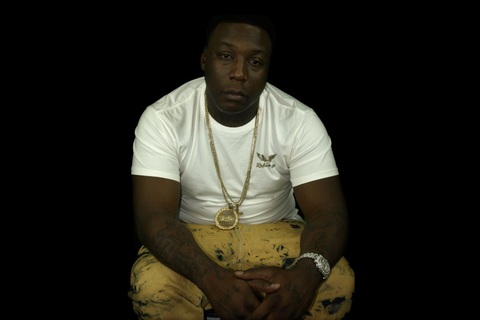 The Wait is Almost Over https://spinrilla.com/mixtapes/baddnewz-hatchboy-the-wait-is-almost...