(Paterson New Jersey) Can an 8-year-old have her own talk show? If the host is Charity Fischer, the answer is, “Of course!”
Adults and children will celebrate the launching of“Chat with Charity”OnFriday,November 18, 2011from6:30 p.m. – 11:00 p.m.This event will be held at Planet 301(Center City Mall)located at301 Main Street in Paterson, NJ. Everyonewill have a chance to meet Charity, enjoy refreshments and play the arcade's games.

“Chat with Charity,”Production studiolocated inPaterson, NJand carried on Channel 75 starting in November, will offer interviews with local guests before a live audience, with special features to include exciting celebrities. Scheduled to appear is noted Afro-American writer, and social critic,Dr. Cornel West. Despite her age, Charity has already interviewed such notables asPaterson'sMayor Jeff Jones, andCouncilman-At-Large BenjieWimberly. Sports figures who have“Chatted with Charity”includeVictor Cruz from New York Giants,Mike Adams from the Cleveland Browns, andTim Thomas,retiredNBA(Dallas Mavericks).
The show's discussions focuses on a wide range of current topics of interest to both adults and children, including community happenings, sports, and fashion trends.
Charity Fischer has appeared in the following stage productions:"The Walls Between Us,""Wizdom of OZ"and"Behind Closes Doors". Film credits include "Striving" and"UMI”.
A resident of Paterson, Charity is an honors student at the city's Charter School of Science and Technology.
Tickets are $15pp / Groups 5 or more $10. Photos & Interviews are available upon request. Red carpet check-in at 5:30 p.m. sharp. Red carpet is from 6:30 p.m. – 8:00 p.m. To ensure a spot on the red carpet, please arrive on time.

For more information,contact Della Fischer at 732-877-7768.
Join us on Bless The Mic Network and Magazine!
http://www.blessthemicmagazine.ning.com 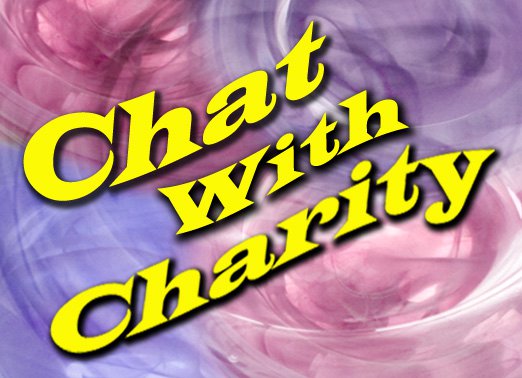