Boy you should have known by now Billionaire Buck does it.
I Know you didnt think it was over. Still going strong after his PSA release to the haters
" Fuck them Haters "… Born and raised in the South Bronx, Songlist discovered his love for music at a very young age. He sang along with artists on the radio, hoping to one day acquire the same success. It wasn't until his time at the prestigious Boys Choir of Harlem, did he really begin to own his skills by learning to read and compose music. With his freshly learned skills, and even bigger…

#WAXHITRECORDS® Is here to present to you the hottest EP you will find at the moment 'Jonny EastCoast - PROJECT:2000'! EastCoast spitting on West Coast Beats with that underwater drake sound that we all know and love! Produced by Essential came top-notch quality in audio mastering and mixing! I really hope you all enjoy what is about to hit your ears! So please brace yourself and I…

In the news... Check out the upcoming highlighted Network Members May 2016 events for Maryland !!! Joshua Elias aka "E.L.I.A.S," has a unique story coming into the music world. Coming from an area more known for its high drug overdose rate, and limited opportunity, the Ohio Valley native chose to change the negativity of not just his community, but be a savior to the genre of hip hop itself. He has succeeded in catching the attention of a wide range of people-… Growing up in Abbeville, South Carolina Casino Mel was determined to live the life that rappers had. He eventually got caught up in the streets, which was the closest thing to the lifestyle he wanted that eventually landed him in prison for three years. After going through that experience Casino Mel became totally focused on music. He saw music as a positive way to follow his dreams and also help those around him. His first deal would come about in a spontaneous way. While waiting for a bus… The visual is sexy, fierce and captivating which fits perfectly with the song. Stefanie has a lot more in store for this year as she will be releasing 2 new… 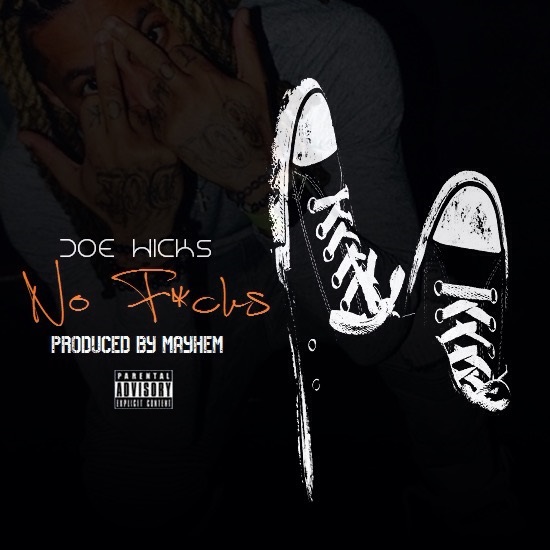 New music "No F*cks" by Doe Hicks. Produced by Mayhem, "No F*cks" is a record strictly for the go-getters! Follow Doe Hicks on Twitter/IG: @DoeHicks…

1. What’s going on? Please introduce yourself and tell us where you’re from? Florina Kaja, im from Shaolin, Staten Island home of my favorite group Wu Tang Clan! JonnyEastCoast is not your average MC. He likes to look at every situation as a positive one. When it comes to writing, producing, and mastering the songs he is a perfectionist. Never skipping a step always looking for the smallest detail. He is a kind hearted…