Mwalim *7) has not received any gifts yet 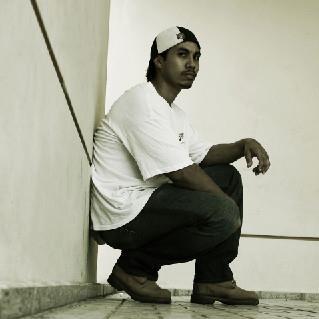 L.Z. left a comment for Mwalim *7)
"check out up and coming artist representing Paterson New Jersey the new sensation L.Z., the new demo and please subscribe http://youtu.be/EAcus7oFo_o   Vote for my song "Frustrated" to win this contest! http://c2c.fm/Dn63N"
May 16, 2014

Are you interested in participating in Bless the Mic Future Events?
No Doubt!!!

Mwalim is considered the Godfather of the South coast Soul Movement (referring to the Southern region of New England, encompassing Massachusetts, Rhode Island and Connecticut), Mwalim emerged from the east coast small club circuit, followed by several years lending his talents to other artists projects and a writer, musician, producer, and remixer, adding his ‘Mwalimadelic’ soul-touch to numerous remix compilations.

In 2009, Mwalim regained club attention with the release of the single "Ain't Done Yet - feat. Amaris". This was quickly followed with the dancehall flavored DEM BIG GIRLS, which also became a heavily viewed music video on youtube.com and BET.com.

Mwalim, has shared the stage with The Four Tops, King Britt, The Last Poets, KRS –ONE, Chandlar, and Angie Stone, small gigs and venues like this are among his favorites kinds of gigs. “I get to test my material in the rawest form in gigs like this: just me and my keys.” It was years ago that my grandfather (late big band jazz band leader and arranger, Allan H. Nurse) told me that it’s only a good song if it sounds good on just a piano or guitar. The rest is dressing.”

Good day dear,
My name is Ahuva ,from Israel, I picked interest on you after going through your short profile and deemed it necessary to write you immediately. I have something very vital to disclose to you, but I found it difficult to express myself here, since it's a public site.Could you please get back to me on (ahuvab005@gmail.com) for the details.
Have a nice day.

Hi Mwalim, thanks for connecting. Looking forward to more interactions. Have a Blessed Day.

You're welcome! "I Am Because We Are".

Here is a segment of the show which will air in NYC and NJ on at least 3 cable shows this summer.
Thank you for your support. I enjoy your live instrumentation. I've heard of the Jeff Robinson Trio before too.

If you'd like, please feel free to send your video(s) for our new TV show Bless The Mic which airs on and offline.

Welcome to Bless the Mic!

Thank you for joining the cipher!